This year we also did not miss the setup of the traditional Rock for People festival, where we took care of the main stage where stars like Bring Me The Horizon, Rudimental, Manic Street Preachers or Franz Ferdinand performed.

We know the Hradec stage very well for many years and because it is steadily built in the Festivalpark, we do not have many possibilities to implement it. Again, we built big video wings next to the stage, a few extra preparations around the stage, because handling foreign artists means operating with several setups (often full of truck :)) and technical teams at once. The next day's light scene changed every night to meet the demands of foreign headliners. As a pearl among them was a unique performance of Vypsaná Fixa with the Philharmonic. 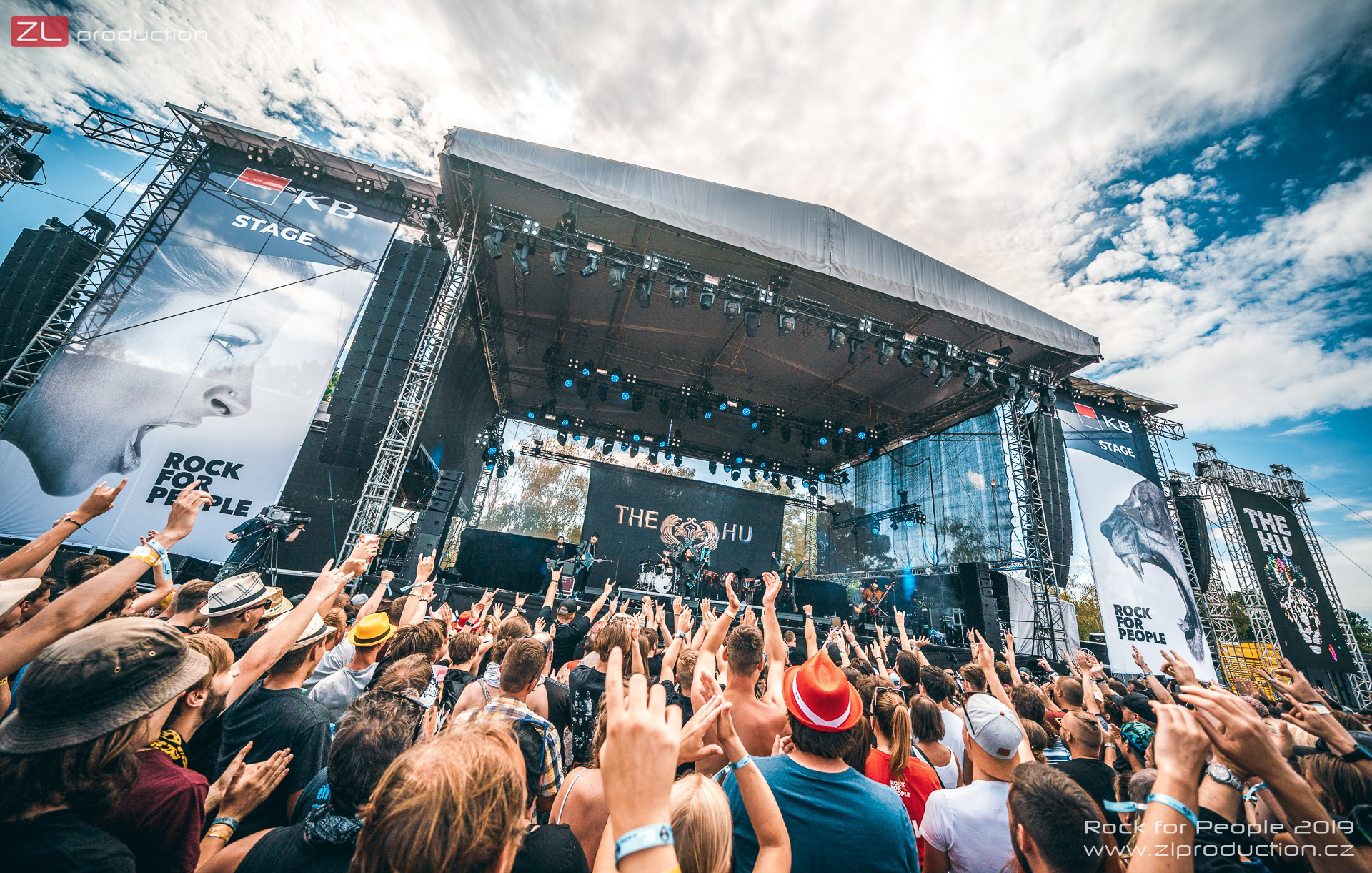